After a year of intensive work, forty-four Biblical courses in Spanish have been formatted and organized along with an audio menu. The Spanish version Solar Player now contains over 500 hours of Bible study material along with the complete Bible. The players are now ready to be delivered. Our many brotherhood partners are eager to put the Sunset solar players in the hands of leaders that will use the material and training to multiply their efforts across the Spanish-speaking world. With the help of God and a brotherhood of Christians committed to spreading the Kingdom, Phase III will make an impact on Latin America that will be see results for generations.

THE NEED IS THERE 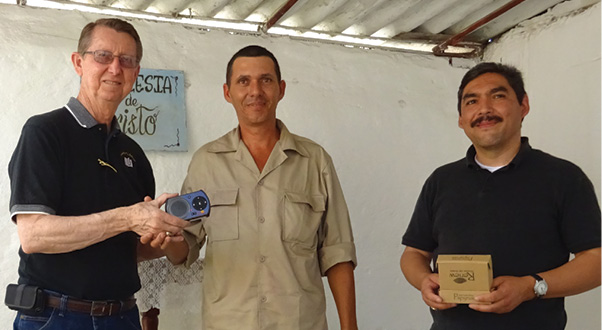 Truitt Adair and Arthur Puente took an early version of the Spanish solar player to Cuba to see how it would be received. They were overwhelmed with the reception they received. There are 130 congregations spread across the 14 provinces of Cuba. Most meet in small patios or in homes, often in the house of the preacher. Some villages have little access to the outside world because of poor roads and no internet connection. The solar players in the hands of these men working in the interior of this country struggling to survive will bring the light of the Gospel to many people desperate for hope. Many Latin American nations in Central and South America, along with Mexico and other islands, are filled with similar scenes of Christians working tirelessly to preach the Gospel in remote villages with no electricity and very few Biblical resources.

OUR PARTNERS ARE BEHIND US

In June Sunset met with ministry leaders from around the country to reveal our plan to take Spanish solar players to Latin America. Representatives from Biblical Institute of Central America, the Baxter Institute, Great Cities Missions, Missions Resource Network, Texas International Bible Institute and many congregations supporting Latin American works gathered to learn, discuss and help plan our mission to use the power of the sun to share the Son. They were excited to share in the possibility to reach people who live in an oral culture with such a wealth of material in spoken form.

ALL THE MATERIAL IS PREPARED 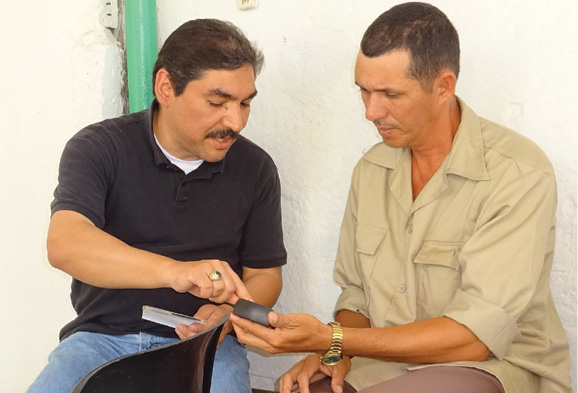 The audio library on the Spanish speaking solar player will provide ministers who receive them with more training and material than we first imagined. As we began compiling courses in Spanish to put on the solar player, we incorporated not only Sunset courses translated from English, but also utilized the courses taught by Texas International Bible Institute, World Bible School, New Life Behavior Ministry, Bible Institute of Central America, and Latin American Bible Institute. We were also able to include several hours of Spanish hymns for the edification of the churches. Only God knows how deep the impact will be as over 3,000 Spanish solar players reach their intended targets.

In July there were two trips to Nicaragua similar to the trip to Cuba. There will be more information from those trips in the next report. The truth is that the need is so great, we have had to begin distributing the solar players even before we officially begin our formal fund raising effort. This is only possible because of the support from all of those individuals and churches that continue to support sending solar players.

In September, we will also begin promoting Phase III with nation-wide mailings to churches. If your church has not participated in either Phase I or Phase II, please make sure they look for the material to come and prayerfully consider joining us as we work together to take the Word of God and Bible teaching into the world.