Solar Players Around the World

“Never in our wildest dreams could we have ever imagined having a tool like this.”- Leonardo Rojos of Venezuela, after receiving his Solar Player.

After almost four years of placing solar players in the hands of people around the world, it is no wonder that God has used these devices like seeds cast across the face of the earth to bring people into His Kingdom. There are truly more stories from what God has done than we are able to tell in any report, and that is just from news we receive back. Though we know where we placed all of the Solar Players, where God has taken them is greater than any ministry could imagine. 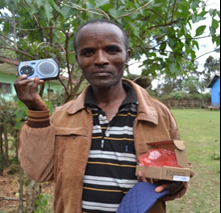 Brother Erkalo Abamo received his solar player in Ethiopia and used it to plant a congregation in his home area. Through the courses in evangelism and study with individuals, 85 souls have been baptized into Christ. This congregation that is fed with teaching from God’s Word through the Solar Player has grown to over 300. 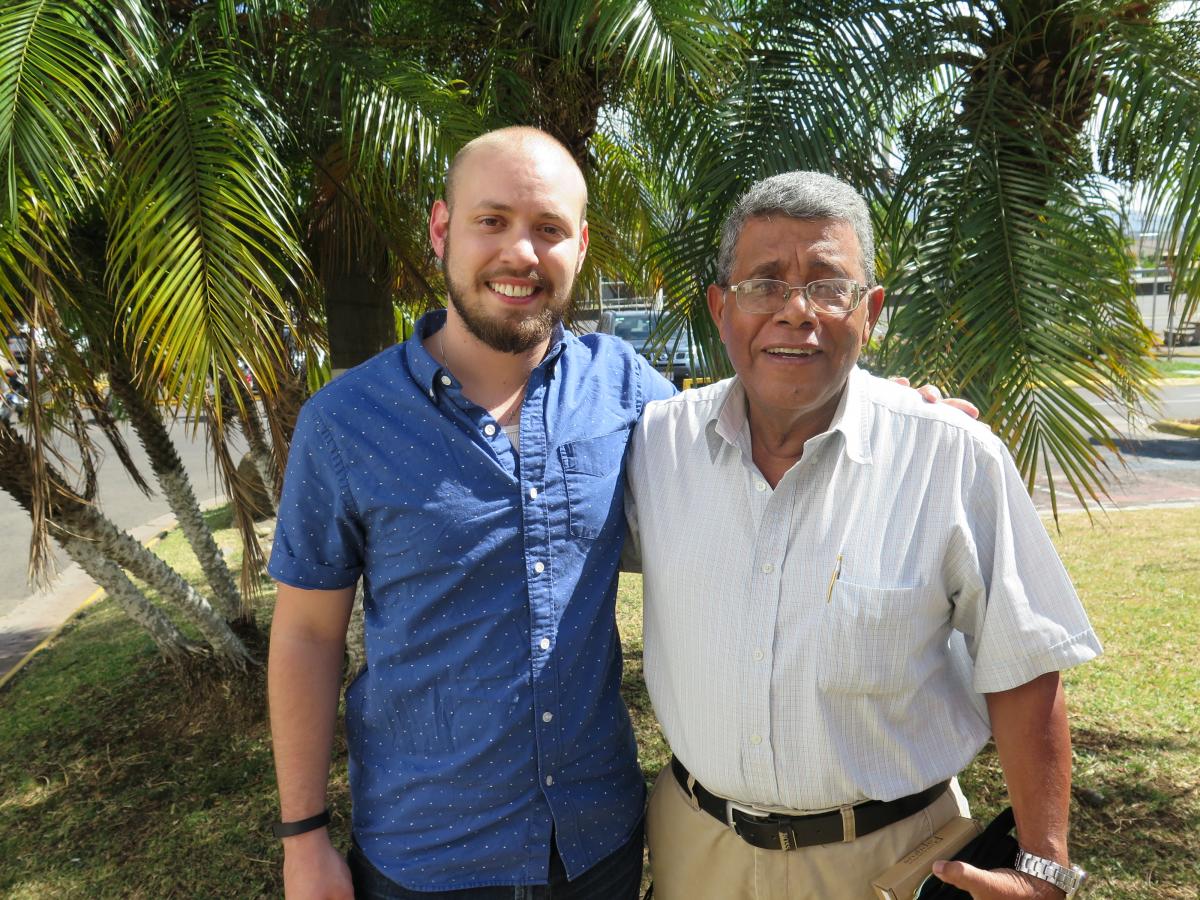 Juan Garcia is a 1974 graduate of Sunset. After leaving Sunset, he went to Bolivia to plant the first congregation there. Christian Thompson was an AIMer in Bolivia in 2011. During his time on the field Christian met the first convert in the church that Juan planted 40 years ago. Juan returned to his home in Costa Rica, and on a recent delivery of Solar Players there, Christian placed a solar player in the hand of this long-time servant of God who is so excited to have this tool to help mature the two congregations where he now works. 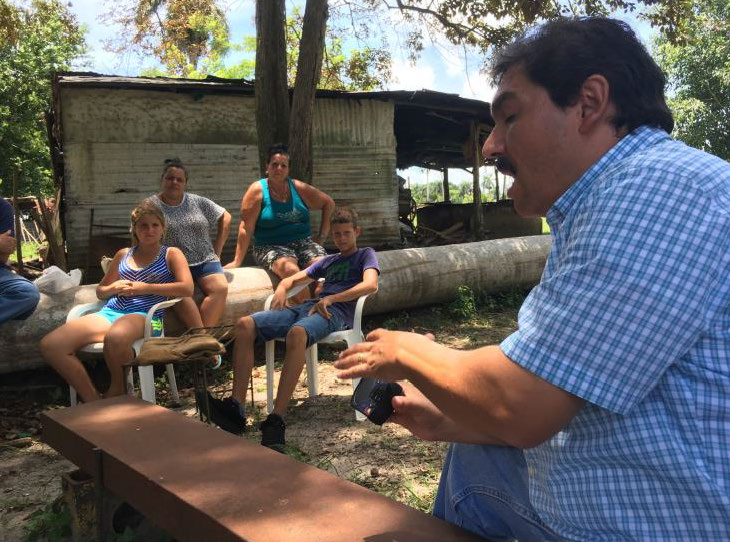 Following up on the trip from 2016, Arthur Puente returned to Cuba with another load of Solar Players for the island nation. He and his wife Carmen distributed 20 while another 30 were held up temporarily in customs. One hundred more will be delivered before the end of the year to make a total of 186 Solar Players containing God’s Word and Biblical teaching in a nation closed to the Western world for many years.

Player Spotted on the Road in Ethiopia 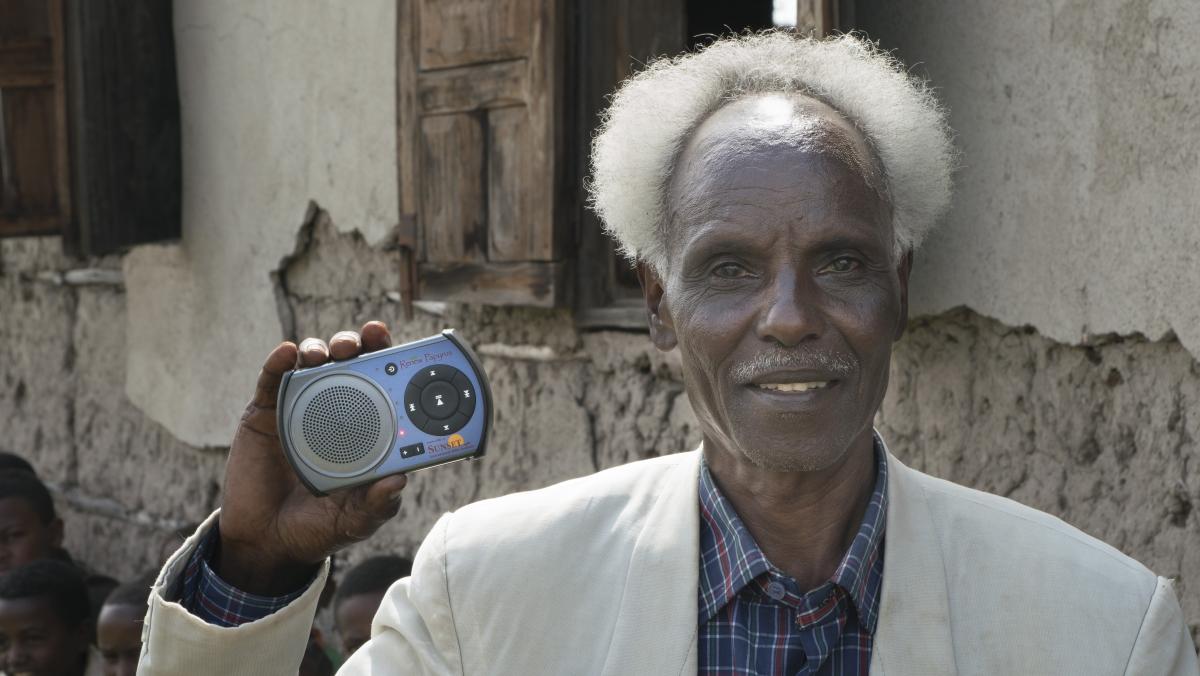 John Ed Clark reports that while some brothers were traveling in Ethiopia, they passed one of our preachers, brother Tefese Hankito, walking on the side of the highway. They stopped to greet him. He was on his way to the town of Aposto to attend a community meeting. He was listening to a Bible lesson on his Solar Player and was planning to be at the meeting place early so he could set it on a table so everyone coming could also hear a Bible lesson. Preachers and church leaders all over southern Ethiopia take their solar audio players with them to public meetings, funerals and even church assemblies and play it while people gather. As a result there were 136 baptisms reported in two months following the distribution of Solar Players to these preachers.

A Light for the Arabic World

A request came to Sunset to see if we could help a friend in Germany.  The friend had met an Arabic-speaking immigrant. She talked to him about Jesus and the church. He did not read German, and she did not have an Arabic Bible. We sent an Arabic player so he would have the Bible plus the sermons and courses. As a result, the man has decided to be baptized. Doug Reeves is following up on this, and we will have more about this in a later report. One player in the hands of one person can impact untold lives.

As wonderful as all this news is, none of it would be possible without the generous support from churches and individuals. To date, over 1,600 different individuals and churches have joined Sunset in our vision to provide in-depth Bible training to those who might never have received it. Funding for Phase III to this point is enough for 2,750 of the 3,000 Solar Players planned. Donations for Phase III will continue through the rest of 2017 to help with the growing list of requests for solar players from around the world. Contact us if you need additional information or a presentation made personally by a representative from Sunset. Contact Linda Wagner at 806-788-3214 or wagnerlf@sibi.cc for details.

Not that I desire your gifts; what I desire is that more be credited to your account. Philippians 4:17