The Son Shines in Kenya

This last trip to Kenya where over 350 solar players were distributed brings the total number of players sent in 2015 to Nigeria, Kenya, and South Sudan to 1,500.  Tim Burow, Bob Jackson, and Jeff Smith delivered the players in Nairobi and in Eastern Kenya. They were able to witness what God is doing in that country and celebrated 32 baptisms in the brief time they were there. Two final trips will take the remainder of the solar players including those to Ethiopia in the Amharic language. 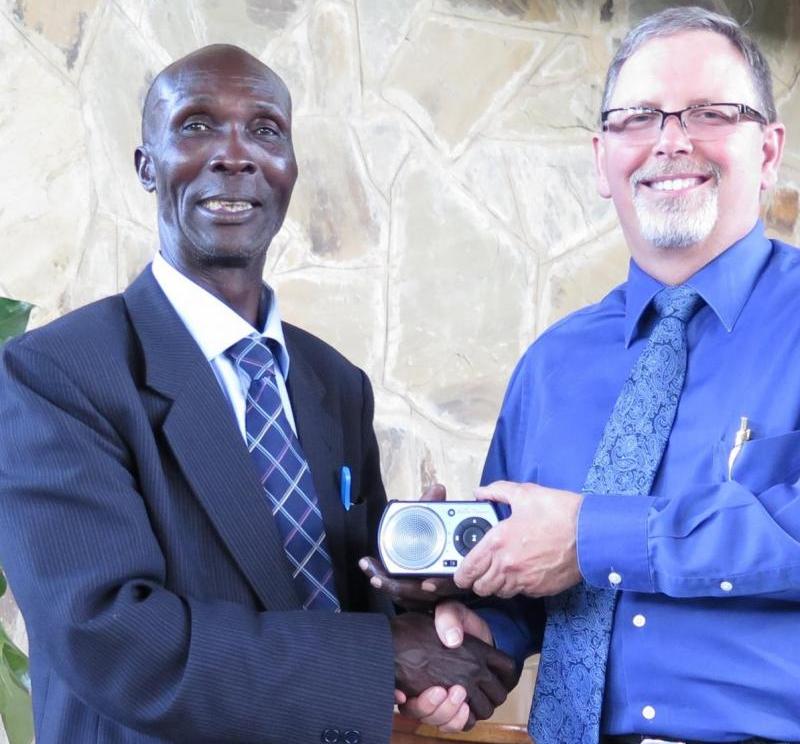 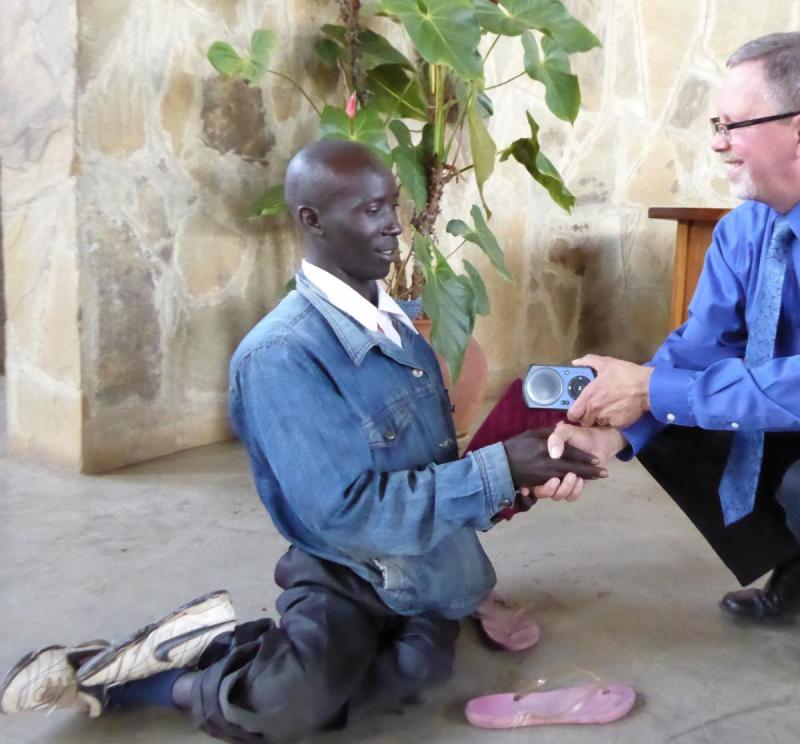 The players in Kenya are making a big impact. Stanley Jumabarasa is a church planter in the Western interior of Kenya. He has already been making plans to use his solar player to strengthen the church and teach people to be “New Testament Christians.” Isaac Kibor sold some livestock to travel over 12 hours on a bus to receive his solar player. Since Isaac is unable to use his legs, he walks everywhere on his hands protected by flip-flops dragging his feet behind him. Please take time to watch a 2 minute video about the impact the solar players have already made on these two preachers in Kenya

At the end of July a $50,000 matching challenge was issued to help raise funds for the solar players. In addition to the $50,000 given towards this matching gift, another $26,000 was given as an additional challenge. What remains to be matched is $18,550. Once these gifts are matched, we will only lack $50,000 before achieving the goal of supplying 2,000 solar players for Phase II. 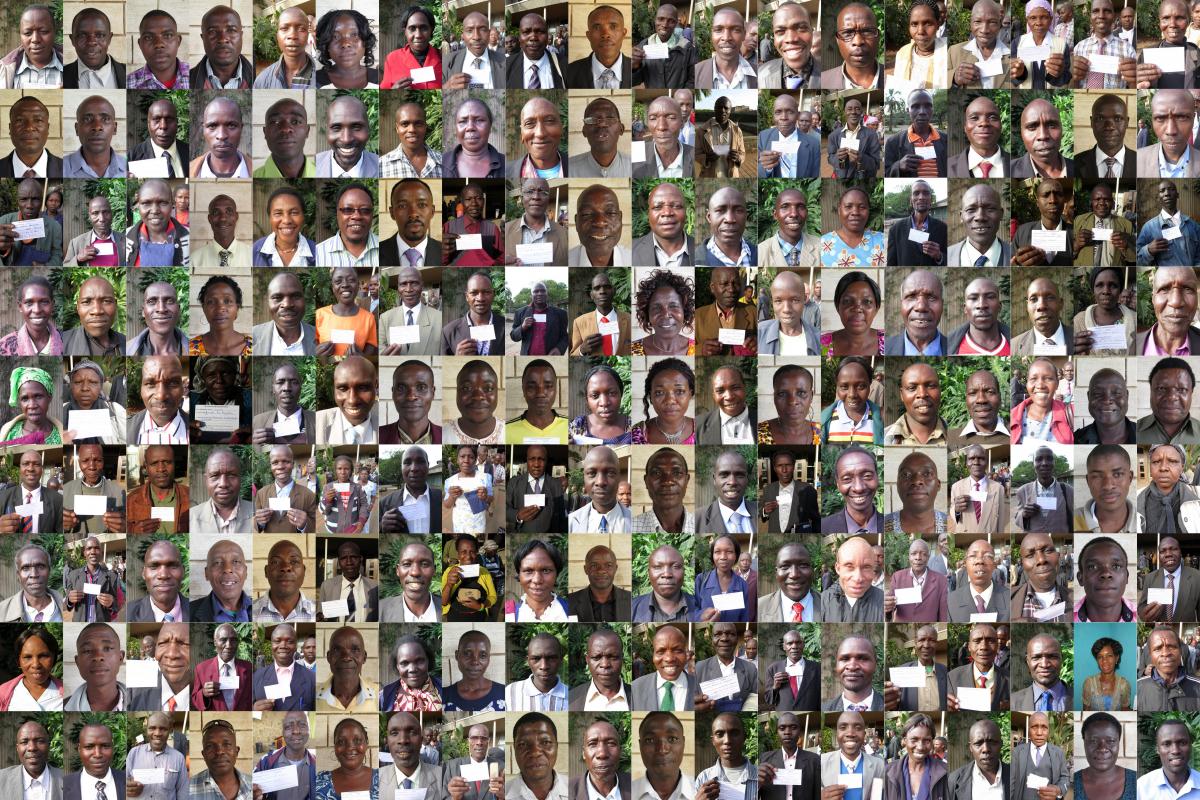