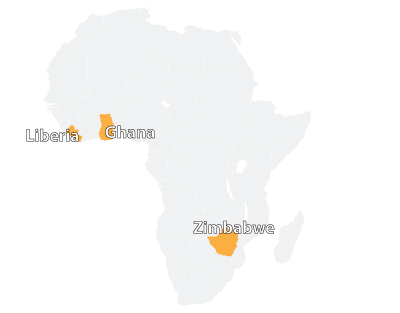 In early June I carried many of the solar players provided by generous donors into Liberia and began distributing them to a large group of preachers that gathered from Monrovia, Liberia Bible College, the surrounding area and rural villages in the Grand Bassa area.  We were blessed to distribute 124 players at the seminar held in Monrovia. The preachers were so excited to have this teaching and study tool at their disposal.

I was then able to travel to Weala, Liberia, where Sunset has an international ministry training school.  George Tengbeh, Dean of the school, gathered 80 current and former students scattered throughout rural Liberia to receive their own solar players at a seminar that was presented. The preachers and students there were excited to receive them and look forward to using them in villages throughout the country. 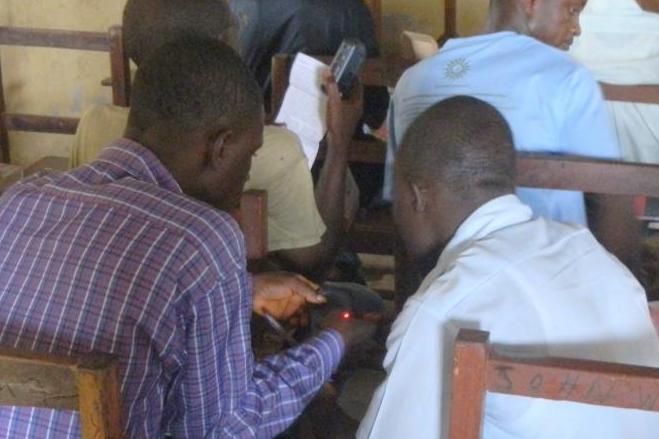 While in Liberia, we were able to take the solar players to schools and share the Bible teachings on the player with a large number of children and even take the players and use them in local markets.  As the Bible and Bible teaching Sunset provided would began to play, Liberians would gather in large numbers to sit and listen to the teaching. They would call out to others and they would run to the market to hear the gospel being taught on the solar players.

I was blessed to see clusters of Liberian men, women and children gathered in homes, schools and marketplaces listening to God’s Word together, to see preachers standing guard over their players as they sat in the sun recharging through the solar cell and then scrolling from lesson to lesson to find the next Bible chapter, Sunset course, WBS lesson or song they wanted to hear.  Bible studies were being set up and the gospel was being spread to those who had never been able to hear it before.  It was a blessing.

(Sunset is monitoring closely the health situation in Liberia. There are more deliveries to Liberia scheduled, but will only happen if it is deemed safe to do so.)