Earlier this year we asked Churches of Christ and interested individuals across the nation for gifts to provide 2,000 solar-powered audio players to the African nations of Ghana, Liberia and Zimbabwe.

The official target date to receive the gifts for the SOLAR EVENT and the official launch of implementation for Phase I was March 30, 2014. The goal has already been reached and gifts continue to come in. Hundreds of congregations from 35 states and hundreds of individuals participated in this great effort.

Because of the generosity of so many so quickly, we were able to begin delivery and distribution right away. In fact, over 600 players have already been delivered and distributed in Zimbabwe and Liberia and more are on the way. The first shipment to Ghana should arrive soon.

With these first deliveries there are already encouraging “early returns.” Excitement is spreading. The solar players are already being used to evangelize in many areas, including prisons and schools. Leaders in these countries are already describing how many more congregations can now have regular Bible teaching using the solar players. Yes, the solar player is capturing the imagination of brethren here and in Africa. One preacher in Zimbabwe was so enthused that he blurted out “Who thought of this thing?” when he got a solar player.

Our commitment was and is to get 2,000 solar players delivered and distributed during 2014 to Ghana, Liberia and Zimbabwe. As we shared above, that effort has already begun. In addition to following through on our commitment, we will also conduct training sessions with church leaders and other trusted brethren who have accepted the responsibility to see that the solar players are distributed in the best places and used in a way that will bring the intended fruit. We will be closely involved in this entire process. Sunset personnel will regularly be taking in more solar players, helping with training, chronicling results, providing reports and learning lessons to help improve future efforts. 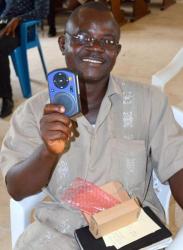 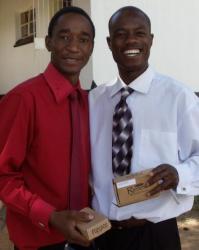 More Requests – The Word is Out

Not only have more opportunities already opened up in the three nations of Phase I, Ghana, Liberia and Zimbabwe, but the word is out around the world about the solar player. Requests are arriving from many more nations and most continents. Not only are there requests from more nations in Africa, but also requests are coming from Asia, India and Spanish-speaking countries and many other places asking if they can have solar players. We have already been praying for wisdom and guidance.

Since We Reached the Goal - What Now?

Reaching the goal is such a wonderful blessing for which we continue to give thanks to the Father above. We are grateful for so many generous and committed supporters. But this moment also brings decisions. What will be done with gifts above the goal? What do we need to do to ensure successful follow up? How do we respond to the many requests from around the world asking to receive solar players for their nation? These are some of the questions being contemplated.

Because Phase I is the first nationwide fund raising effort of its kind for Sunset and because we will deliver and distribute solar players to three nations where we will be training many people in multiple locations how to use the solar player this presents several logistical challenges. Because the solar player is actually a “first of its kind” mission strategy, we think we should maintain a singular focus on carrying out a successful execution of this effort. Without specific experience on this type mission strategy, we want to make sure we can faithfully and effectively carry out every aspect of this effort before expanding the effort. Therefore, we think it is prudent to dedicate all available resources, even any over subscription, to the current successful implementation of Phase I.

This does not mean that we have forgotten all of the other opportunities and requests that are begging a response. It just means that we will be good stewards if we execute Phase I in such a way that it is a solid foundation of implementation which can then inform, guide and bless what we anticipate will be a multi-phase effort over time in many nations on several continents.
Things are already moving well. Strategy sessions have already been held about what should be the next steps. We keenly feel the responsibility to reach others. However, our best path forward is to build on a solid rock at the beginning. But we are eager to reach others as well with the Gospel. 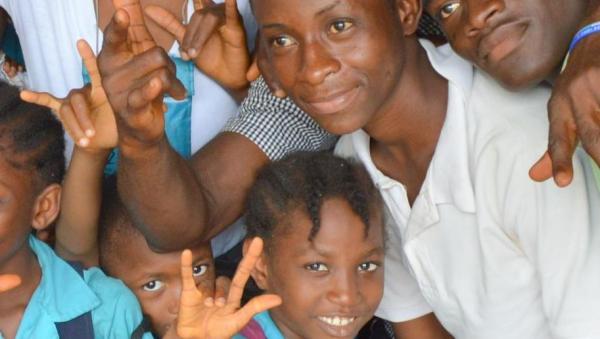 Among the commitments we have made to this project is the one to keep our supporters and the brotherhood well informed. As we make periodic deliveries and distributions, we will be regularly and visibly informing you of the progress that is being made.

Thank you for your partnership in the Gospel. This is not only using an innovative development of solar technology, but it has allowed us to develop a whole new mission initiative that was not available before. We are breaking new ground in taking the Gospel to places it has never been before and probably would not have been able to go otherwise.