The Cline R. Paden Gray Eagle Award is an award that is presented to an outstanding alumnus at our Sunset Vision Workshop. It is named for the founder of the Sunset International Bible Institute and is meant to honor his memory by honoring those special members of our alumni who carry his spirit within them and serve the Lord’s Kingdom in an extraordinary way. The recipient of the Gray Eagle award promotes and exemplifies the values of the school, preaches and teaches the Word of God capably, serves the Lord’s Kingdom with distinction and has dedicated his or her life to seeking and saving that which is lost. 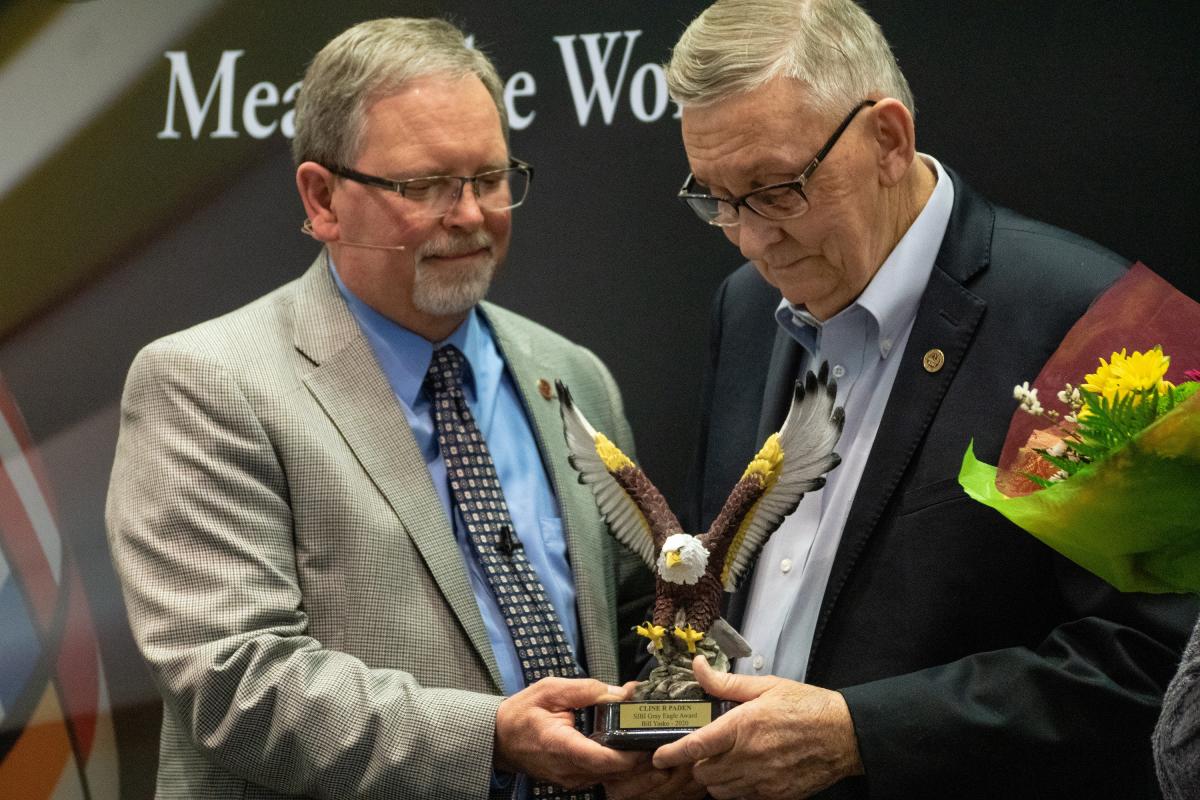 The 2020 recipient of the Cline R. Paden Gray Eagle Award is Bill Yasko.

Bill was raised in a broken home in the Appalachian Mountains. His father left when he was six, and his mother was mentally disabled. Fortunately, his grandad was there to care for and raise the three young boys. His grandad contracted tuberculosis and died in this young man’s arms when Bill was 18. Not long after, Bill married his high school sweetheart, Dot. After a couple of years in which he worked as an apprentice toolmaker, they had a daughter. She was born with a heart defect. It caused what they called blue baby syndrome. Her heart was underdeveloped and couldn’t pump enough blood for her body. Today it’s easily cured, but in 1956, it was a death sentence. The doctor said it would be better for her to live in a warm climate, so this young family headed to south Florida. They didn’t know anyone. They didn’t have a job. They just had a daughter who needed a warmer environment. At about this same time, Dot’s father studied the Gospel with Bill, and he was converted to Christ.  When they arrived in Florida, they found a congregation and went to worship. A church member there saw some potential and offered him a job in a new company. This began a relationship that lasted over 50 years. The little girl didn’t die as expected. She lived. A little later a little boy was added to this Christian family. Bill studied his Bible, taught classes and began preaching around that area. With Dot, he taught many Bible studies, baptized many souls and they saw many enter the Kingdom. A preacher and graduate of Sunset encouraged him to go to preaching school. The Yaskos moved to Lubbock to study at Sunset in the spring of 1972. The 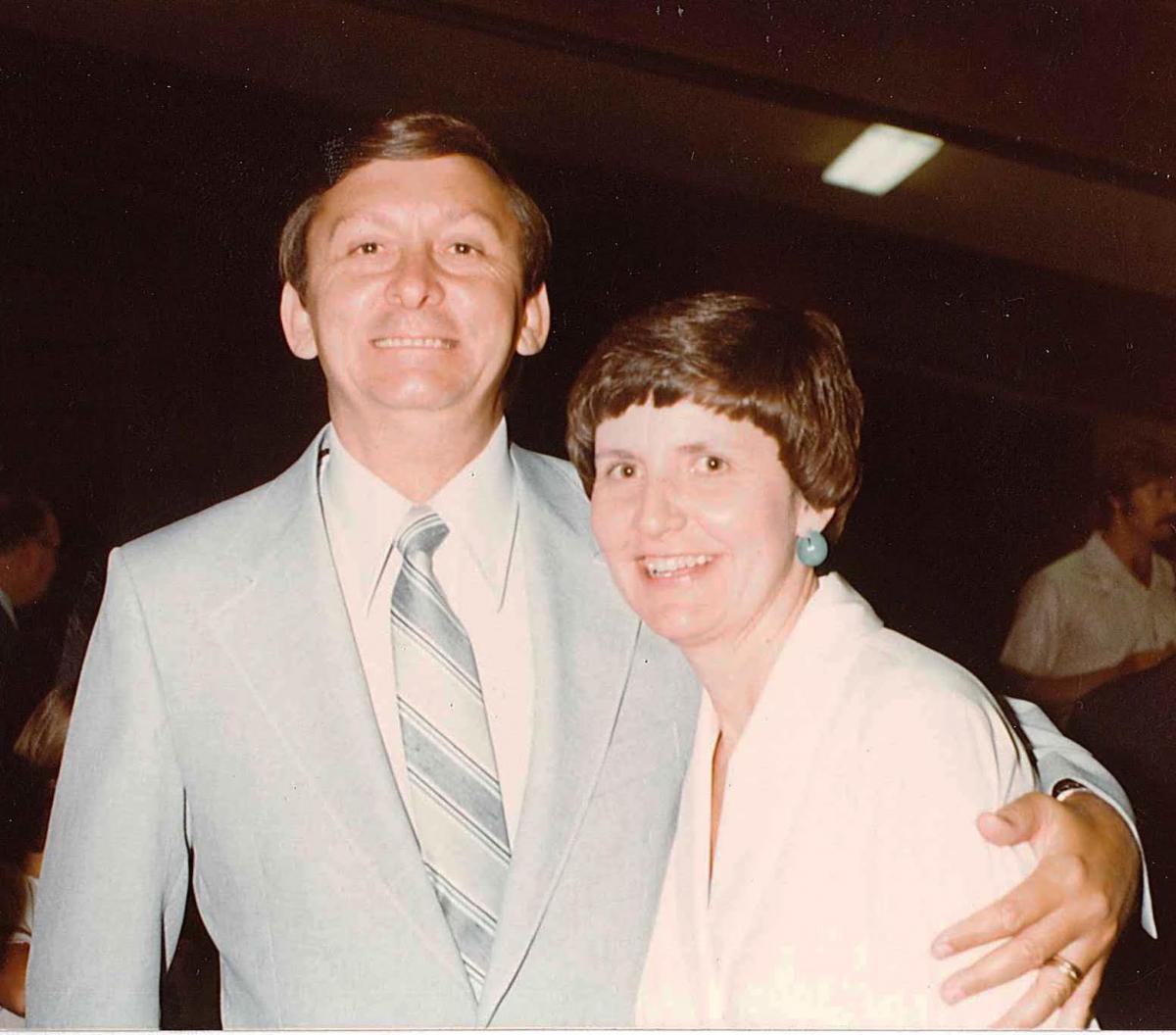 Sunset congregation hired Bill at his graduation, and he went to work with Richard Rogers with a focus on growing the Sunset congregation. Bill taught many Sunset students and Sunset members how to teach the lost the Gospel of Christ. His evangelism techniques are currently taught in Evangelism 1 by Chris Swinford, whom he mentored both in person and through his materials. This couple never stopped teaching the Gospel, preaching in different places and ministering to people. They raised their son to follow in these footsteps. Dot even studied counseling so that they could serve those around them in a new way.

For the past 20 years, the Yaskos have worked for Sunset raising funds, recruiting students and telling the story of Sunset in Texas and the southeastern United States. We have been blessed to witness their work for the school. Nobody represents us better. Here are the words given as Chris Swinford presented the award to Bill.

“Brother Bill. Because of what you meant to our founder, Cline Paden . . .

Because of the miles you have traveled and hours you have spent telling others about Sunset and encouraging them to Preach the Word . . .

Because of your significant efforts spreading the Gospel in Lubbock, in Texas and across the country . . .

Because of your dedication to preaching the Word of God in pulpits and ministering to the spiritual needs of so many . . .

Because you raised a family, loved by Sunset, who have served and ministered with the same heart that they have seen in you . . .

And finally, because we see in you the heart of Sunset’s Gray Eagle, Cline R. Paden, the leadership of the Sunset International Bible Institute is honored to present to Bill Yasko the Cline R. Paden Gray Eagle Alumni Award for 2020.”